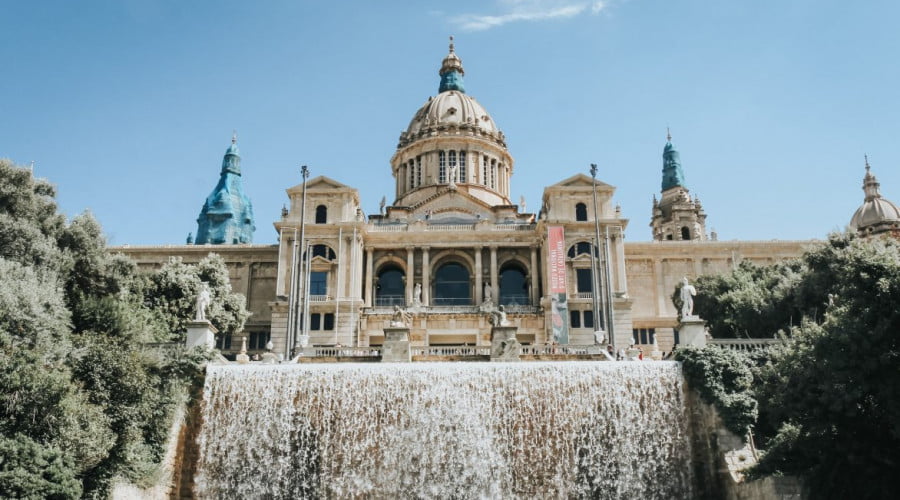 Every city would like to host an Olympics, but few will ever win the opportunity to do so. It takes years of preparation and a very substantial investment of time, energy and money. Barcelona was awarded the challenge of hosting the 1992 Summer Games – and did a fantastic job.

This magnificent Spanish city accomplished something that many Olympic host cities fail to do. The planners didn’t spend billions of dollars on incredibly expensive venues that would later fall into disuse, fated to eventually be covered with graffiti and have the doors padlocked.

Instead, city planners played it smart. They used the Olympics as the springboard for revitalizing their run-down industrial waterfront, a dream the city had had for decades. They didn’t invest substantial resources on a two-week party but used the Olympic opportunity to create a huge tourist draw that would also improve the lives of local residents.

Estadi Olímpic Lluís Companys might have been the reason that the Olympics planners were so determined to turn the Olympics into a long-term win for the city. The stadium was originally built in 1927 for the 1929 International Exposition. It featured prominently in the city’s failed bid to host the 1936 Summer Olympics. Unfortunately, the city lost to Berlin, the ultimate host of the 1936 Summer Olympics.

The stadium lost another opportunity to shine. The city fathers intended to host the People’s Olympiad as a protest event against the award of the 1936 Olympics to Berlin. The Nazis were growing in power and World War II was looming on the horizon. Unfortunately, the event planners were forced to cancel the People’s Olympiad because of the outbreak of the Spanish Civil War.

Over the years, the stadium fell into disuse and deteriorated. By 1975, the stadium had become so run-down and unsafe that an F1 car race was nearly boycotted when drivers protested at being forced to use the stadium as a team paddock.

When the athletes from 169 nations lined up to proudly march into the stadium for the Opening Ceremonies of the 1992 Olympics, they stood in what was essentially a brand new stadium. While the original exterior remained, the interior, including the stands, had been gutted and completely rebuilt.

It had taken 56 years, but Estadi Olímpic Lluís Companys could finally claim the title of “Olympics Stadium.” The stadium was again remodeled in 2010 and continues to proudly host numerous events for both locals and visitors from around the world.

An Olympics Village is a small city, housing and feeding the athletes and others before and during the Olympics. For many of the athletes, the Olympic experience will be a once-in-a-lifetime event, never to be forgotten. Competitors get to know each other while training for their events. After the Closing Ceremony, an Olympics Village can become a ghost town. This resourceful city didn’t allow this to happen.

The architects constructed the Olympic Village in a run-down industrial and working-class district. Unattractive and aging warehouses and factories were replaced by a trendy district where people continue to enjoy living, working and playing. A train track was removed that had previously separated the district from the sea.

The 1992 Olympics left a lasting impact on the city, permanently improving the lives of both locals and tourists. Enjoy your visit to this magnificent and historical city while appreciating the forethought of those who planned for the future.

Further information can be found at the following resources:
Barcelonaolimpica
1992 Summer Olympics
6 Ways the 1992 Olympics Transformed Barcelona
What Happens to Olympic Venues After the Torch Goes Out
Estadi Olímpic Lluís Companys
Sagrada Familia