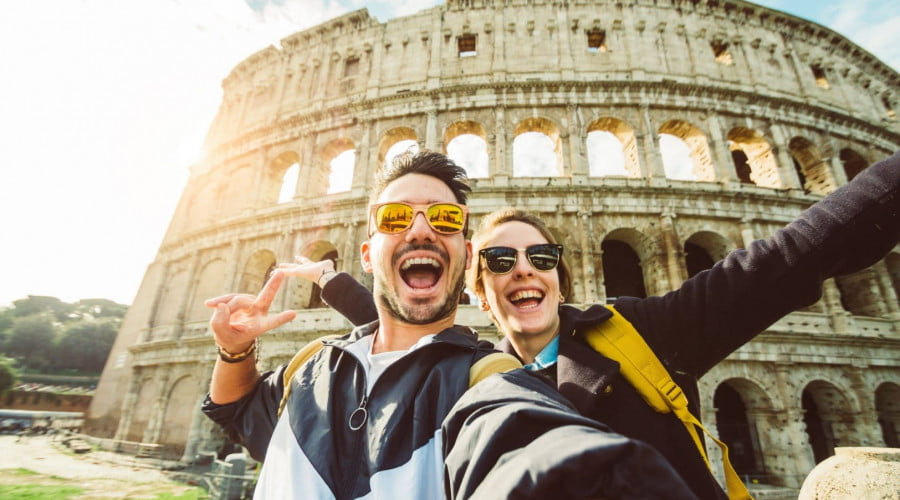 The Fisherman’s Bastion of Budapest, Hungary

Budapest is the capital of Hungary. It is the Hungarian city with the greatest number of people living in it. The history of Budapest started with a Celtic settlement called Aquincum. This region eventually would be the Roman city of Lower Pannonia. Hungarians settled there in the 9th century. The first settlement was destroyed by the Mongols in 1242. When the town was re-established, it became a great center for Renaissance humanist culture. The Ottoman Empire ruled the region for nearly 150 years. After this time, Budapest became a global city in 1873. It also became a capital of the Austro-Hungarian empire. This empire dissolved in 1918, after the First World War.

Budapest has great strengths in the arts, business, design, education, entertainment, research, and many other areas. The city is the destination for 4.4 million visitors per year. This makes it one of the most beloved and visited cities in the world. It is also home to one of Europe’S most iconic and beautiful sights, The Fishermans Bastion or Halaszbastya.

The Fisherman’s Bastion in Budapest

One of the top things to do in Budapest is without a doubt a visit to the Fisherman’s Bastion. The Bastion was built with the sole purpose of providing amazing views, and to that end, it is a mission accomplished. The present-day lookout towers were built in the 1800s to serve as a lookout for the best panoramic views in Budapest. With views over the river Danube, a great look at the Buda Castle, and Castle Hill, the Fisherman’s Bastion is really a one of a kind place for scenery.

History of the Fisherman’s Bastion 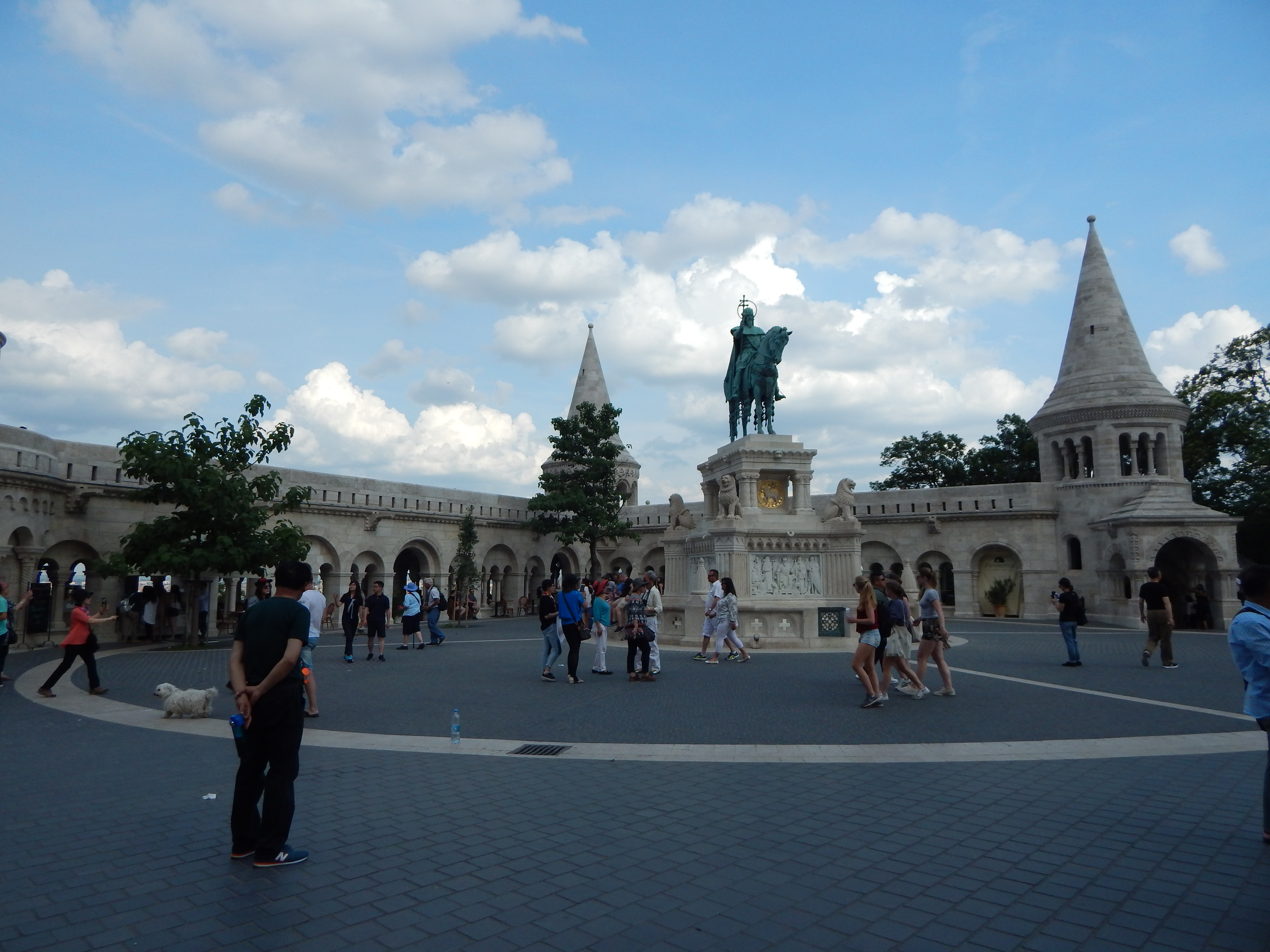 The Fisherman’s Bastion is one of the most visited attractions in Budapest, it was built between 1895 and 1902. The purpose of the building was part of a group of developments that were to celebrate the 1000th birthday of the Hungarian state.

As a result of this, the Bastion was designed in the style of early medieval times (Neo-Romanesque) by architect Frigyes Schulek. Frigyes also restored and re-designed the Matthias Church one of Budapest’s oldest, and the building of the Bastion is interconnected with the restoration of the church.

The Halaszbastya or Fisherman’s Bastion features seven towers. Each one of these towers features one of the seven Hungarian chieftains who led their peoples to present-day Hungary to settle around 895. Located in the middle of Halaszbastya is a statue of St Stephen, the first Hungarian king who began his rule around the same time. In sum, the Bastion is a historical monument for millennial Hungary. 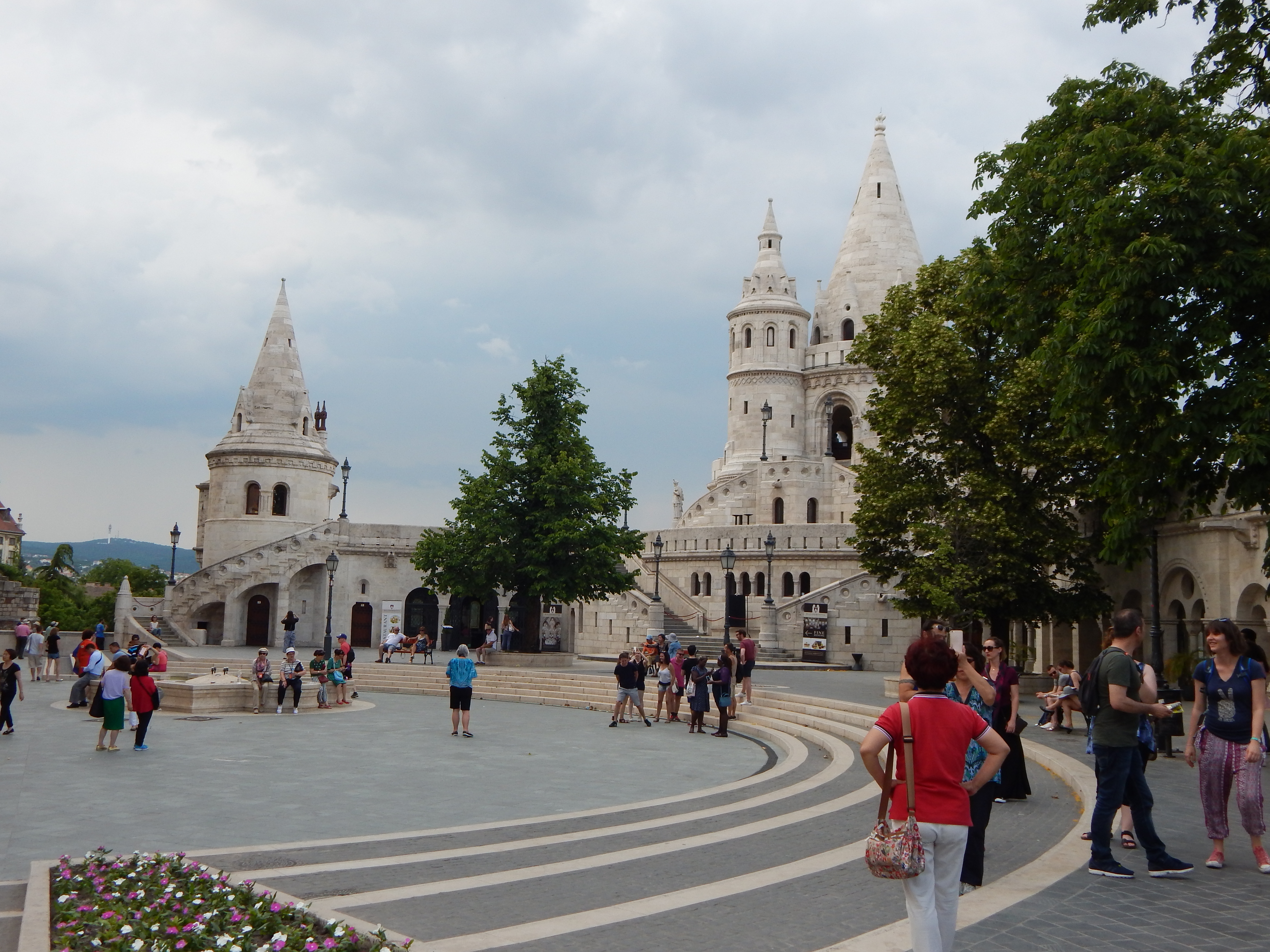 The Bastion was made after the Budapest castle was considered to be a military asset and the romantic notion was to remember old times and provide fairy tale like surroundings for local and visitors to enjoy the city. This lead to the construction of the walls and palace itself to be not as thick as man midlevel castles. The stairs that lead up to the bastion provide a dramatic entrance to the Castle Hill attractions. The bastion was damaged in the Second World War but was restored by the son of the architect. Since that time, other restoration work has been completed so that there has been a full rejuvenation of the site.

The stairs that lead up to the bastion provide a dramatic entrance to the Castle Hill attractions. It features numerous statues set along a white stone staircase leading up to some of the most spectacular views in Europe. The architecture and statues make the ornate entrance truly grand.

The bastion was damaged in the Second World War and sustained heavy damage to the viewing towers. The restoration of these towers was overseen by the son of original architect Frigyes Schulek, Janos Schulek. The surrounding buildings including the ministry of finance were also permanently damaged and had to move. The site was later modernized and used for hotel space.

During the Soviet occupation, a red star was hung on the Bastion walls overlooking the Pest side. This hung every day as a constant reminder to the city inhabitants that the Soviet rule was the new rule of Hungary.

The bastion has since added lavish hotel neighbors and continues it UNSECO world heritage status as one of the best viewing platforms in Europe.

There are several theories about the meaning behind the name Fisherman’s Bastion, although none can be 100 proved as accurate. One theory is that it got its name from the fisherman in Watertown. The city that was located just below the Bastion. The reasons for naming the Bastion after them ranges from as simple as their close proximity, to legends of how they defended the Bastions walls in times of war and conflict. A second theory tends to lean more towards the fish market located at St. Matthias church giving way to the Bastons name. Although no one can be undoubtedly sure the Fisherman’s name stuck and lives on to this day.

For a great way to explore the Fisherman’s Bastion of Budapest come with us on the Original Free Budapest Walking Tour.