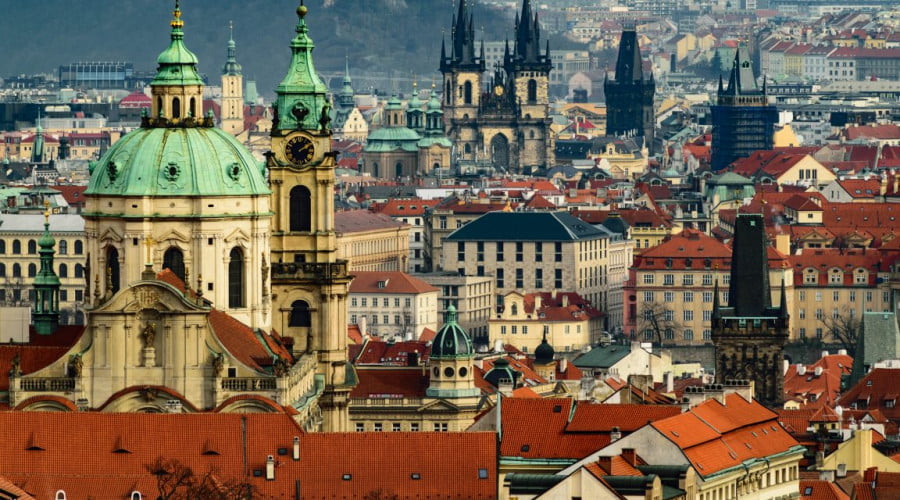 There are plenty of festivals and events held in Prague. Throughout the year, thy are attracting a variety of visitors from all over the world.

The year is filled with opera performances, museums & galleries, exhibitions, classical or modern musical concerts and film festivals. There is something for everybody.

The Three Kings day, or also known as the 12th Night, is the official ending of the Christmas season. It is a very nice event where people usually gather around a group of carol singers and give out gifts to the ones less fortunate. This is a pleasant holiday to warm your hart during winter.

If you are in to classical music then there is the Winter Festival, an annual festival of opera, ballet and classical music. It started in 1972, and all the concerts take place in Prague’s National Theatre.

As winter slowly passes by, comes the Masopust Festival (Czech Mardi Gras / Carnival). It is held in the district of Zizkov and typically ends with a parade through the streets of Prague.  As everywhere in the world, people in Prague  enjoy dressing up in costumes, and  they  which represent mythical characters. ‘Masopust’ means to give up meat, and this is the last chance to have some before the fasting begins. This is characteristic for all Slavic cultures.

Easter Monday is a big celebration in Prague.  Most of the young party and the older generation gather at each other’s houses, feasting and drinking till the early hours of the morning.  There is a nice tradition here. A man would to give a yellow ribbon to the girl he likes.  If she likes him back, then in return she gives him hand painted eggs. Both of these gifts are on sale throughout the city and the Czech Republic during this period.

St Matthew’s Fair begins from the 24th of February up until the Easter weekend and is held every year at the Holešovice fairground in Prague. The fair offer roller coasters, game stalls, Ferris wheel, candyfloss stands and lots more. Easter celebrations are a big deal in Prague and in Check republic.

One of the famous festivals in the literary world is the Writer’s Festival. This is an annual gathering of writers who come from all over the world to discuss and share their work. This event includes bookshop events and public lectures. So if you are a writer or just a literary enthusiast, this is a perfect place to hone your craft.

JedenSvet or One World festival is the largest human rights film festival in the world. It is held annually in spring, and it last nine days. It showcases over a 100 documentary films on human rights issues in various theatres across Prague.

One of the exiting festivals in Prague is the Witches Night.  It is a witch-burning festival that takes place on 30th of April, in various parts of Prague. An unofficial celebration or main event is held on Petrín hill. Brooms are burnt on bonfires that take place throughout the evening in an attempt to ward off evil. Probably not a festival best suited for massive Harry Potter fans.

Book World Prague is an International book fair, which takes place at the Vystaviste exhibition grounds. There are various events that include book launches, readings by authors and lectures. It is suited for English speakers.

If you find yourself in Prague during summer check out the Folk music festival.  Folk music, Czech culture and heritage are presented in this festival. It takes place throughout the summer at different venues across the city.

Although not held in Prague, the Karlovy Vary International Film Festival is one of the most important film festivals in Europe, and is worth the short trip. It is no just one of the biggest, but also one of the oldest festivals in Europe. Various celebrities attend this festival each year, and the films presented here tend to be very good, as it is a prestigious event.