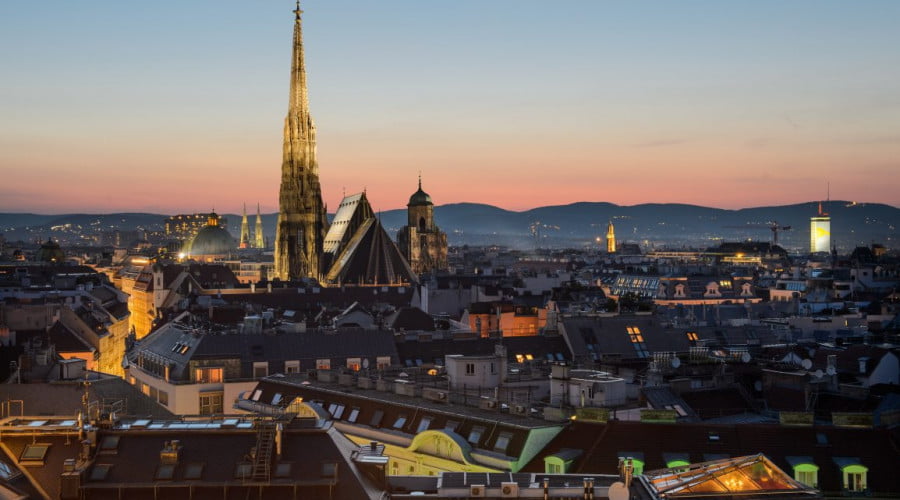 If you want to experience the rich history of Vienna in one bite, the best thing to do is to head for the Hofburg Palace. This is the place that best exemplifies Vienna’s identity through history, and faithfully shows its present role as one of the cultural capitals of Europe.

The Habsburg dynasty ruled from the palace Hofsburg since the 13th century. Firstly they ruled under the title of princes and from 1452 as emperors of the Holy Roman Empire. They started carrying the title of Austrian emperors from the year 1806 until the fall of the monarchy in 1918, after the First World War. They will be remembered in history as one of the oldest and most influential dynasties of Europe.

The oldest part of the palace is the Alte Burg, also known as Schweizertrakt. It got its name after the Swiss Guards who guarded the palace. The palace retained its medieval castle in its very core, but each new ruler added a new wing or a building, so not much has left from the medieval times.  Thanks to this Hofsburg palace today looks like a real small town, which extends to the fantastic 240 000 m2. Somewhere in the middle of the sixteenth century, the Palace façade was rebuilt in the Renaissance style. 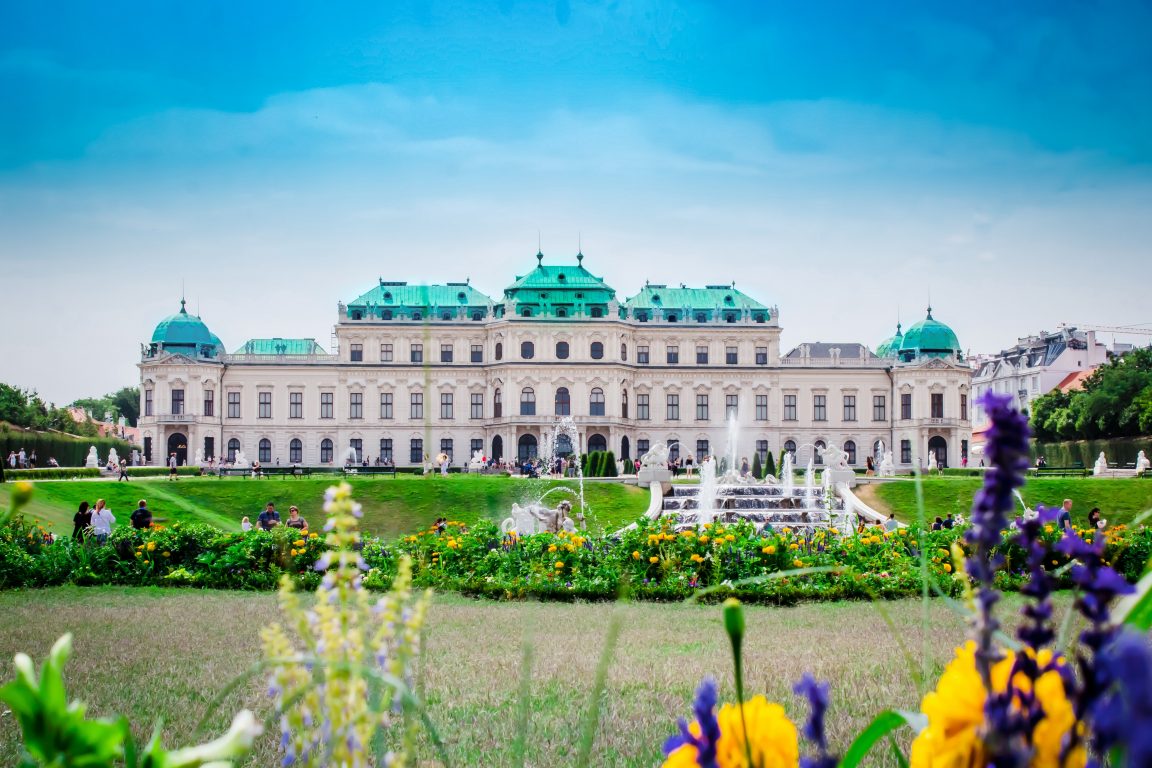 In the year 1552 the so-called Swiss gate or Schweizarertor was designed by architect Pietro Ferabosco. This is one of the most beautiful Renaissance monuments in the city. This part of the palace contains  the treasure  chamber called Schatzkammer, which keeps all the memorials of the empire, both from the time of the Holy Roman Empire, and from the time of the Monarchy. The most important exhibit here is certainly the crown jewels of the Empire.

As part of the palace, you can the Palace chapel, Burgkapelle. One of the aspects why this chapel is worldly renown is the Vienna Boys Choir, which sings here on every Sunday mass.

Part of the palace named Stallburg which became the new residence of the rulers, was built in 1959. Today, this part of the palace is also famous for housing the stables for the Lipizzaner horses and the winter riding school since the 18th century. Presentations and training sessions are carried out by the Spanish riding school (Spanische Reitschule). Later a great hall was added to this building, where they held big receptions, balls and other celebrations, which functions as a convention centre today.

Also in the palace complex the Amalia castle, or Amalienburg, can be found. At first this was a single, separate building. It is named after Empress Maria Amalia. It was after the death of her husband, Emperor Joseph I, that she continued to live in this castle in isolation from the rest of the imperial palace. Empress Elisabeth later stayed in this building. Today, her legacy can be seen as part of the museum collection that was exhibited here.  That museum is more popularly called Sisi-Museum, the nickname by which the empress was known. 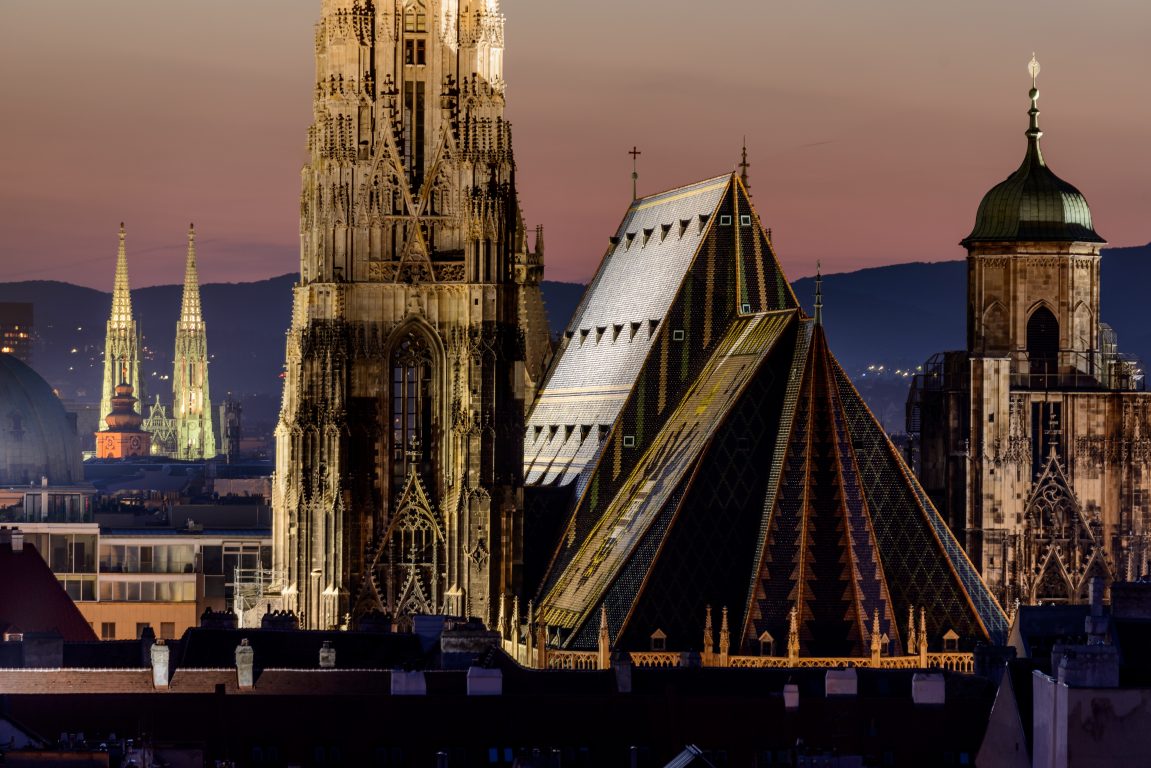 In the 17th century Emperor Leopold ordered, for Amalia’s palace to be merged with the Swiss tract, and this new tract bares the Emperor’s name – Leopoldische tract. This part of the palace was the residence to one of the most famous rulers of the Habsburg monarchy – Maria Theresia. Today the presidential offices of the President of Austria are  located in Leopoldische tract, They  are placed after the World War II in year 1946.

In the Hofburg palace  a three floors  deep wine cellar could be found. After the collapse of the Monarchy, the remaining contents of the cellar were auctioned, after which they built a plaster vault in which all the monuments from the Ringstrasse were stored.

During the reign of Emperor Charles VI’s the palace was further expanded with additional  buildings in the baroque style. From 1723 to 1735 the National Library was built with its huge collection of books for the use of the Habsburgs. The luxurious hall with its baroque interior is one of the most beautiful libraries in the world. 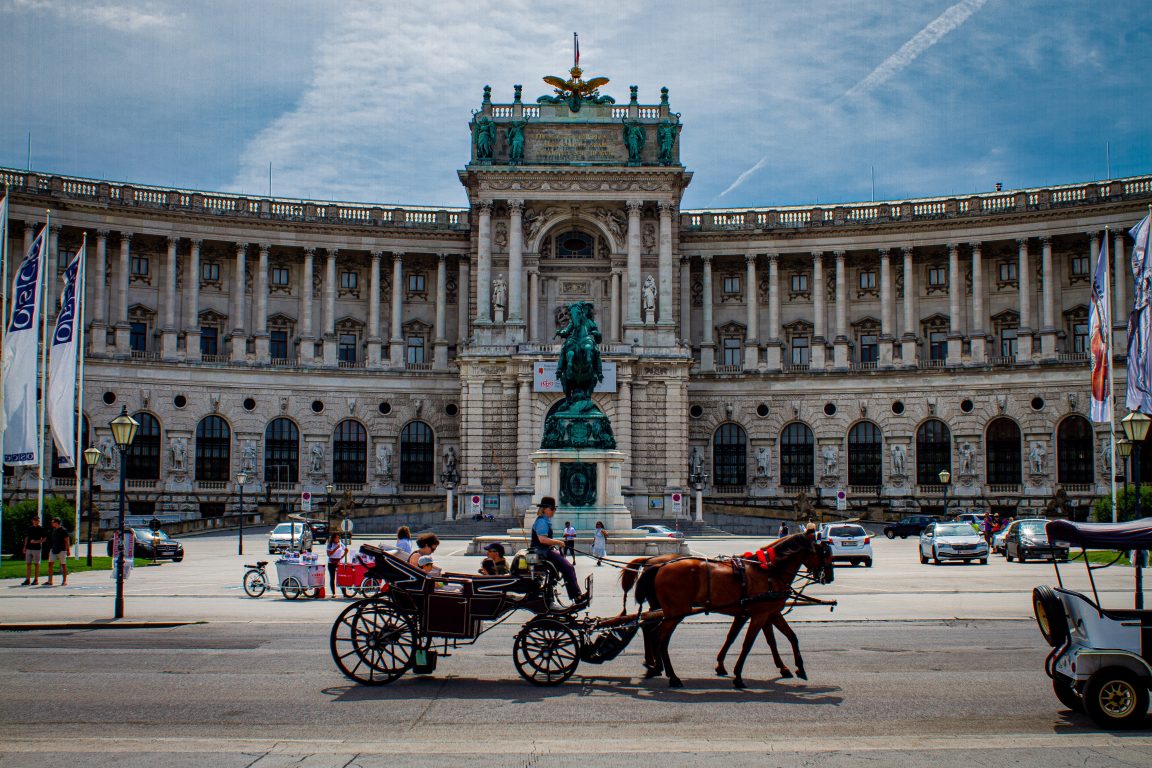 In the 18th century, architect Lukas von Hildebrandt began working on the changes of the parts of the palace which housed the government offices of the Empire, or Reichskanzleitrakt. After the empire fell apart in 1806 this became the living quarters of the royal family just to become the residence of Franz Joseph in the 19th century.

The sculptures on the façades of the palace are the work of the artist Lorenzo Mattielli, and they represent Hercules and his struggles. In the central part of the complex is the Imperial Gate (Kaisertor). When you pass this gate, you are headed directly to the imperial apartments, Kaiserappartements. At the edge of the roof of the central part, as you enter, you can see the shield of Emperor Charles VI with the double-headed eagle bearing the Austrian coat of arms, decorated with the imperial crown.

Of course, everyone has heard about magnificent Viennese balls, which were held at the Imperial Palace, and the sumptuous and ceremonial hall where they were held, was designed by Ludwig Montoyer sometime in the early 19th century, when the ballroom parties reached their peak.

Its final shape, the Imperial Palace received at the end of the 19th century, when the 50 meters high dome was built above the tract called Michaelertrakt, which gave it the  recognizable image we know so well.

At the beginning of the twentieth century, the most impressive part of the Hofsburg was built, the Neue Hofsburg. This  is an integral part of the  Kaiserforum. The chambers of this building are part of the Austrian National Library and various museums and collections.

The Hofburg complex houses many museums that you should visit, and  you can do that with the help of Original Vienna Tours to, so you can fully  enjoy the spirit of old Europe