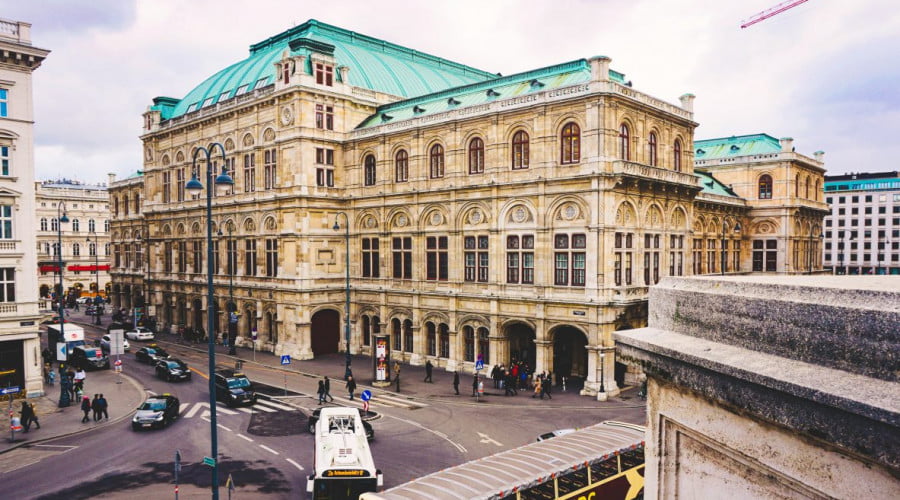 The Vienna State Opera House was built in the mid-nineteenth century, and the works took 8 years from 1861 to 1868. It is the work of two architects, August Sicard von Sicardsburg and Eduard van der Null. This is the first building that was built in the Vienna Ring in the centre of Vienna and was financed from the fund for urban expansion.

What is typically mentioned as the reason for such a negative response is that the opera house simply was not as impressive as the building across from her – Heinrichshof, which was a private residence. The Heinrichshof building was demolished in to allay bombings, as well as the opera house, which was later restored.

The Opera was opened on May 25, 1869 with the performance of the opera Don Giovanni, which was composed by Wolfgang Amadeus Mozart. At the opening of the opera house, where the Emperor and Empress Elisabeth and Franz Josef. 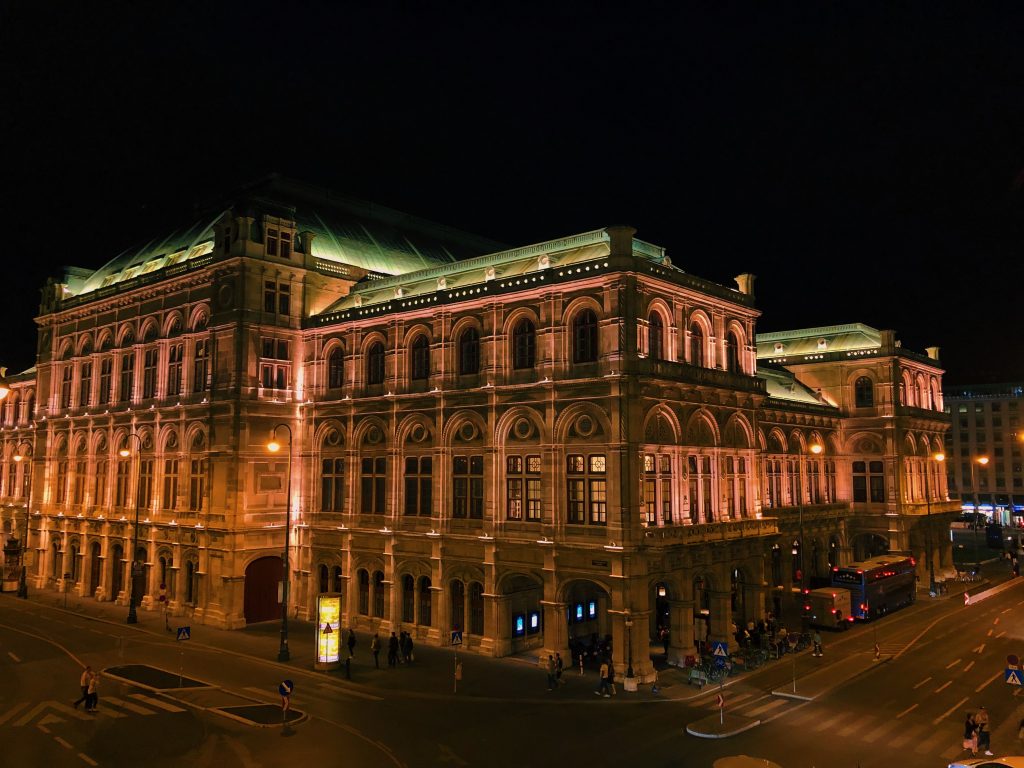 As we said before, the Vienna State Opera House was destroyed in the bombing of Vienna by Allied troops. What happened is that there was a fire caused by a bomb that engulfed the opera building. The front of the opera house was mostly spared, but the auditorium and the scene were destroyed completely. One of the greatest tragedies is that the fire destroyed old sceneries for over 120 opera and somewhere about 150, 000 bones. The today value of the costumes and the sceneries would be invaluable, both financially and culturally.

However, after the war, in 1949 an initiative was launched for the reconstruction of the opera house. That was done in 1955 and Vienna State Opera re-opened its doors and at this second opening Fidelio  was played composed by Ludwig van Beethoven.

Thus, the Vienna Opera continued to exist and to testify about the old Europe, taking us into its arms like a time machine and transfers us to a different time. This is generally the case with the whole of Vienna, but in the opera you can actually take part in all this as a consumer. To put it simply, when you sit there and enjoy the opera or a concert, you can not resist the feeling that at any moment the door will open, and the Emperor will enter to take his place and everyone will stand up to pay their respects.

The Vienna State Opera primarily houses the opera and ballet companies under the same name, as well as the Vienna Philharmonic, one of the most famous Philharmonic orchestras in the world.

During its existence, opera managers here were the famous Gustav Mahler and Herbert von Karajan, who have made this opera into the famous house of music that we know today.

What makes is also Vienna State Opera famous are the performances for children. These performances take place in a more familiar with the music and its history, and  have the opportunity to develop their singing talents, and of course see first-hand what could be their future as an opera singer.

In addition to opera and musical events, the Vienna State Opera holds many other important events. First, we are talking about the Vienna Opera Ball. This ball is takes place regularly, every year, and it is always on the last Thursday in Fasching. This ball is one of the most significant European culture and high class events. Some common guests at this ball are influential political leaders from all over the world and prominent and powerful people from the business world. This ball is often the subject of criticism because of the elitism that it propagates. Those who are against this high class event  kept complaining about the price of tickets for the ball, the  elitism of it and how this event supposedly holds up principles and values  that the modern civilization has surpassed long ago.

As for the tickets to opera performances, they generally sell out well in advance. However, if you want to attend one of the performances, there is a way. Immediately before each performance, cheap, standing room tickets are sold.

And to be sure that you will experience the Vienna State Opera in the best possible way, certainly consult Original Vienna Tours.

To see more from our Vienna page, click here