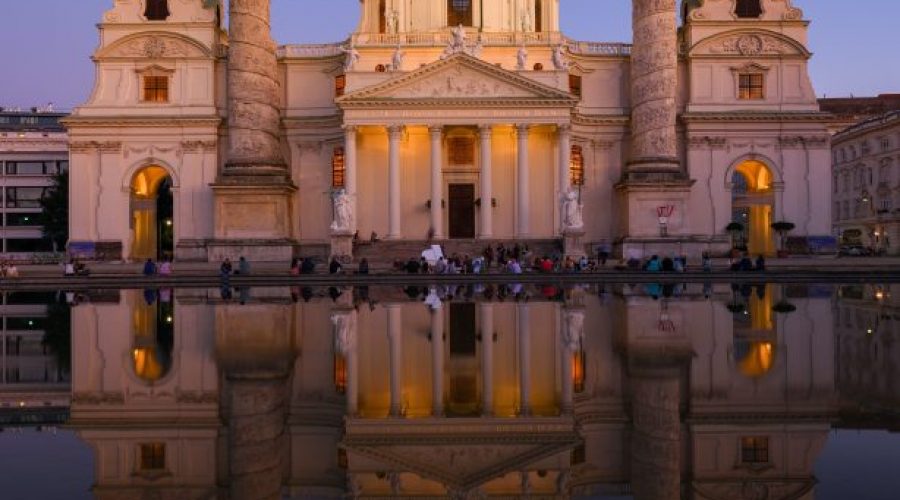 Vienna is not only a city of palaces, balls and museums, but is also a city of churches. Many magnificent baroque temples are located in Vienna, and some of them are among the most beautiful in the world. Now that you’ve already found yourself in Vienna, regardless of religious orientation, you should be sure to set aside time for a tour of the Vienna churches. They are not only a place of religious worship; the Viennese churches are great works of art and architecture. If you do not have so much time to visit all the churches, you should set some time to visit at least one. Now you must be wondering what church should you visit? Which one will present the art and culture of its time period the best? Which is the church or cathedral that everyone must visit when coming to Vienna?

If this is your only dilemma then you should definitely visit the church which many consider not only the most beautiful in Vienna but one of the most beautiful churches in Europe.  We are talking here about Karl’s Church, or the Karlskirche. 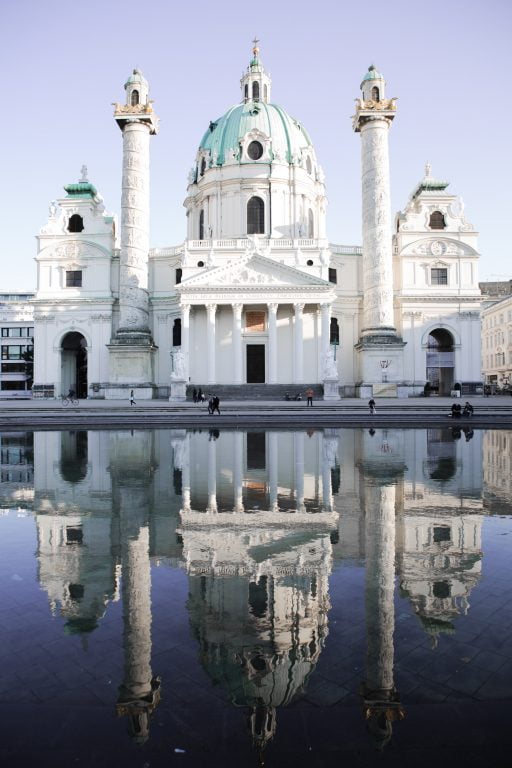 Charles Church (Karlskirche) is widely considered one of the most beautiful baroque churches north of the Alps. The construction of this magnificent building was started in 1716, and of course for its design Johann Bernhard Fischer von Erlach was put in charge, but it will be completed by his son Joseph Emanuel in year 1723. Johann Bernhard Fischer von Erlach was one of the favourite court architects. In many ways we can thank his vision for  the way Vienna looks today.

Having completed, the construction of the church is dedicated to the ending of the last plague, and it gets it name after St. Charles Borromäus. The emperor who ordered this church built, Charles VI, dedicating it to his patron saint, after whom he was named.

The church was built on the site that is now called Innere Stadt, it is 200 meters away from Ringstrase so if you are in the center of Vienna, you can certainly visit the church with the Original Vienna Tours programs. 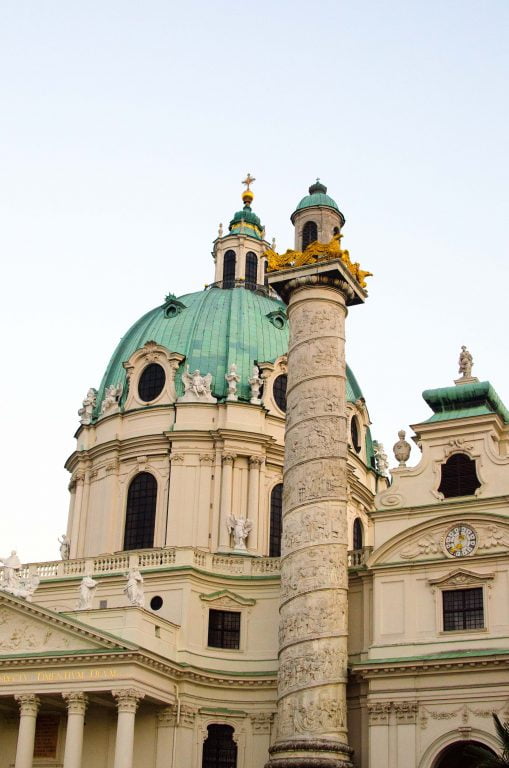 Fischer’s architecture combines many elements, which is typical of the Baroque period. Architects of the Baroque periods often draw their inspiration from ancient Rome and Greece, which certainly can also be seen on the Karlskirche. Just look at the dome, and you can immediately notice the similarity with impressive buildings of the east, such as Agia Sofia in Istanbul, or the Roman churches of the time. The central façade that leads to the hallway, matches the look of a Greek temple Poriticus while Mattielli poles on the sides resemble  the  Trojan poles from Rome.  Next to it stretch the bell tower pavilions, inspired by Roman Baroque. Above the entrance is located the imposing dome that can be seen from far away, and it adds to the impressiveness of the building.

The iconographic program (compiled by the court officer Carl Gustav Haereus), pictures Saint Charles Borromäus in connection with the imperial donor. The relief on the gable above the entrance with the bold figure of the patron cardinals indicates the donation occasion. The spiral columns contain reliefs depicting the life of Charles Borromäus, but they also recall the Pillars of Hercules, and are there as a testimony of the imperial power. The entrance is decorated with statues of angels from the New and Old Testament.

This concept continues inside, especially the on the frescoes by Johann Michael Rottmayr, which shows a prayer of Charla Borromäus  being  answered  by the Madonna, which is also decorated with depictions of powerful cardinals. Frescoes from the side chapels are attributed to Daniel branch, Sebastiano Ricci, Martin Altomonteu and Jacob van Schuppen. 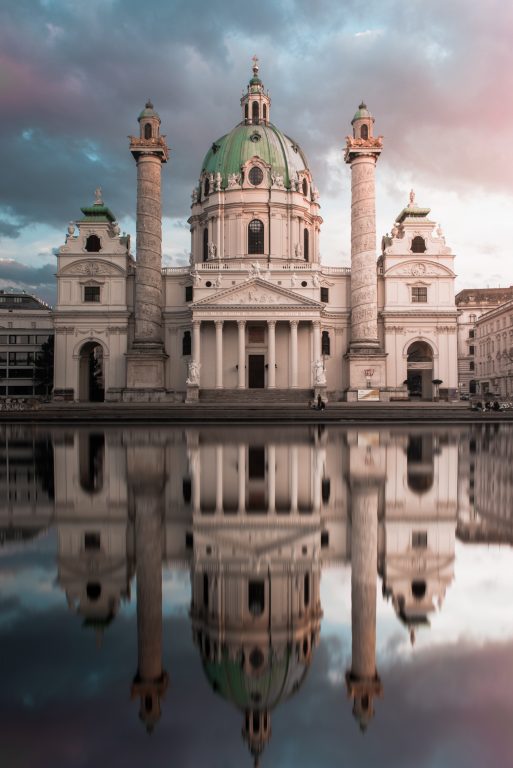 Some of the greatest Viennese, and I therefore European artists, have contributed to the beauty of the church.

Karlskirche is one of the best-lit churches. Its architectural solutions allow a lot of daylight, which certainly contributes to the ambient looking that beautiful, so we recommend you to visit this church during the day. What is interesting is that this church, unlike most baroque, does not have an abundant of gold plating, abut what dominates here is the natural colors of marble. This contributes to the overall impression and to the  beauty of the artwork, which does not attack the visitor, but leaves him/her  time to admire and enjoy it with calm.